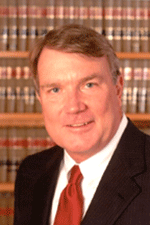 Mr. Rex graduated from Florida Atlantic University with a degree in accounting and obtained his law degree from the University of Florida in 1976. For six years following graduation from law school, he practiced tax law and accounting and oil and gas law as a CPA with Coopers and Lybrand and then with Grant Thornton (formerly Alexander Grant).

He served as VP of legal and finance for Heritage Oil and Heritage Processing Company, oil and gas related companies located in San Antonio, Texas, in the early 1980’s.

In 1987 Mr. Rex joined Dickenson Murphy Rex & Sloan where he established his practice, Rex Securities Law,  representing investors who have lost money in the stock market, retirement or other accounts as a result of stockbroker malpractice and fraud.

Mr. Rex’s clients are comprised primarily of retirees seeking the recovery of  retirement funds lost as a result of negligent advice from financial advisors, stockbrokers and brokerage firms. Mr. Rex has represented hundreds of individuals nationwide and around the globe, many of who are elderly and retired.

We have handled cases against  the well known brokerage firms and many local and regional broker-dealers.

Mr. Rex is a member of the Florida and Texas Bar Associations , PIABA (Public Investors Arbitration Bar Association) a bar association dedicated to the representation of investors, and the American Institute of Certified Public Accountants.

He was voted one of Florida’s Top lawyers by Florida Legal Elite in 2006. This honor was determined by a voting of Florida lawyers and represents the top 1.6% of Florida’s lawyers.

Mr. Rex served in the United States Air Force Securities Service from 1966-1969. A resident of  of Palm Beach County Florida for most of his life, Mr. Rex now resides just outside of Austin, TX. 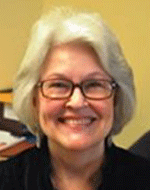 Nan L. Thompson has been Mr. Rex’s assistant for 29 years. Ms. Thompson graduated from Centenary College for Women in Hackettstown, New Jersey and worked at NBC in New York as an assistant in Spot Sales for the NBC owned and operated stations. While raising her family, Nan worked for real estate attorneys in Delray Beach for 18 years prior to becoming Mr. Rex’s assistant at Dickenson Murphy Rex & Sloan.

When not enjoying her role as one of the world’s finest grandmothers, Nan loves her work each day in helping clients understand the arbitration process. She has been invaluable in her caring service to the clients who have been victimized by stock brokers and broker/dealers.

During the past several decades of representing investors seeking recovery of investment losses, we have  developed a network of securities lawyers nationally with whom we work with from time to time. should we deem it in a client’s best interest to associate with resident counsel on a particular case.

Call Us
Nationwide Representation- Office Locations
Send Us A Message-We’ll Get RIght Back to You
Login to Rex Securities Law
Reset Password
Enter the username or e-mail you used in your profile. A password reset link will be sent to you by email.